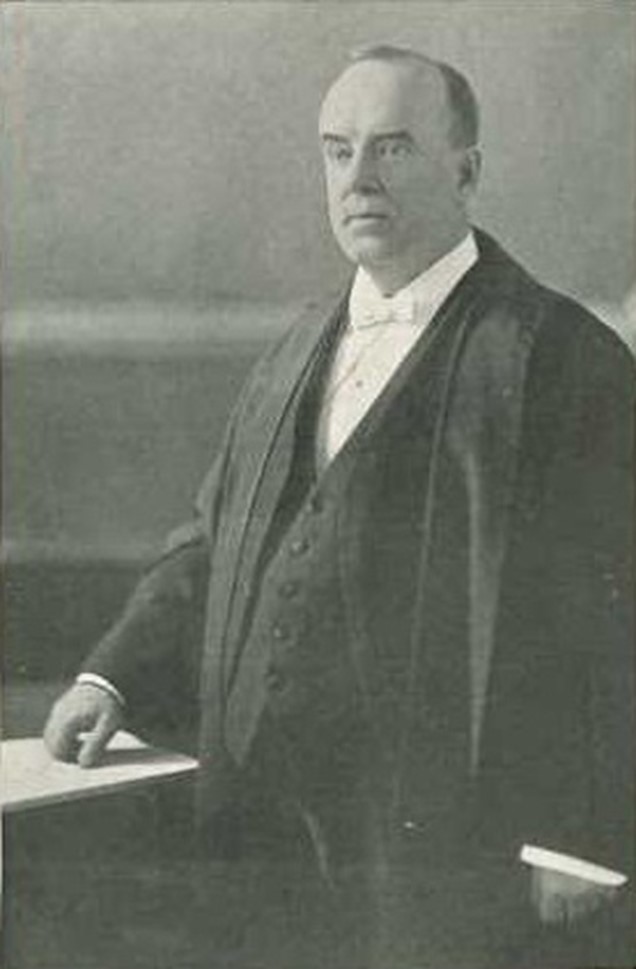 “Horace Archambeault was born in L’Assomption, on March 6, 1857, the son of the Honourable Louis Archambeault, legislative advisor and minister in several governments, and of Elisabeth Dugal. He did his academic studies at the college of L’Assomption and at the seminary of Quebec, and his law studies at Laval University in Quebec.

“He was admitted to the bar on October 1, 1878 and began practicing law in Montreal with Mr. H.-B. Rainville and Mr. Horace Gervais.

“Appointed professor of Commercial and Maritime Law at Laval University, Montreal, in 1881, he became, ten years later, dean of the Faculty of Law of this institution.

“On May 26, 1897, Mr. Archambeault joined the Marchand Ministry as Attorney General and retained the same portfolio in the Parent ministry from 1900 to 1905.

“On September 17, 1908, the Hon. Archambeault, who two years earlier had declined to sit on the bench of the Superior Court, replaced the Hon. Justice J.-G. Bosse on the Court of King’s Bench. On August 11, 1911, he became Chief Justice of that court, replacing Sir L.-A. Jette. He was knighted by His Majesty George V on January 1, 1914.

“Sir Horace Archambeault died suddenly on August 25, 1918 at Trois-Pistoles, Temiscouata County, where he was on a holiday.

“In the judgments of Justice Archambeault are reflected all the qualities of his mind, vigor of reasoning, clarity, precision, arrangement of arguments, elevation of ideas, distinction, proper order, in short, everything that convinces, that persuades and makes a judgment a work of art, at the same time as a work of reasoning and distinguishes a magistrate of race and great lineage. (Justice P.-Eugène Lafontaine2.)”

For more information, consult the Dictionary of Canadian Biography: