Parishes of the XVII th century 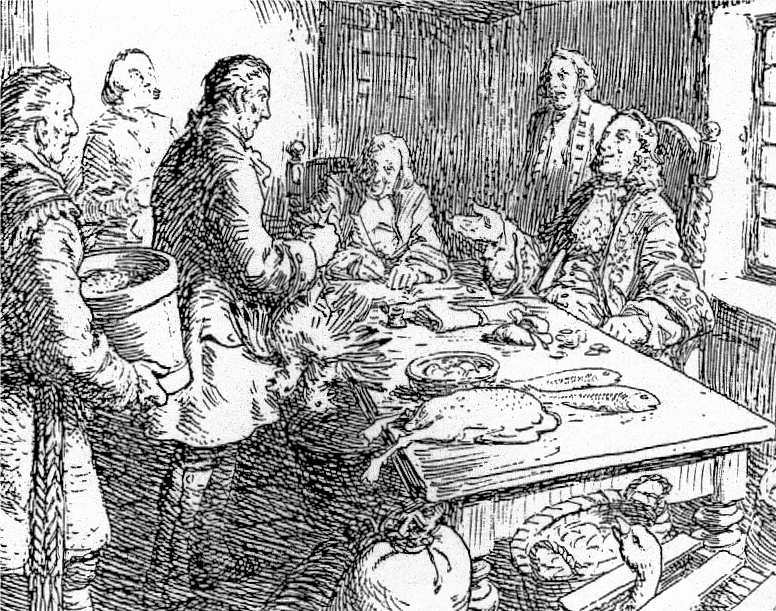 For thirty-five years, there was only one parish on the Island of Montréal. Services were held first in the fort, then in the chapel of the Hôtel-Dieu and finally in Notre-Dame church, consecrated in 1678.

The organization of the parish of Notre-Dame was the same as in France: assembly of the inhabitants, annual election, accounts given at the end of each fiscal year by the outgoing churchwarden. Between 1657 and 1684, the churchwardens were distributed as follows: five merchants, three officers, an innkeeper, two surgeons, fourteen inhabitants and tradesmen, and a baker: Jean Gervaise, husband of Anne Archambault, daughter of our ancestor Jacques, was elected in this first group. It was on November 21, 1657 and it is the act of this election which opened the first register of the deliberations of the parish. Jean Gervaise fulfilled his duties honourably, since on several occasions, we find his name in the registers of the notaries1

The question of the tithing2 at the beginning of the colony, and especially for the region of Québec, caused a lot of concern for the ecclesiastical and civil governments. The payment of tithes was settled by Tracy, on September 4, 1667, in the manner that remained for more than two centuries.

While the question was being discussed in Quebec, tithing was not yet required in the young colony of Montreal. Private donations were used to cover the expenses of worship. Objects in kind were deposited in the church store. At the counter, one could acquire grains, victuals, some furs, hunting articles, domestic fabrics, “French shoes”, etc. In 1670, Gilles Lauzon, brother-in-law of Jean Gervaise, married to Marie Archambault, churchwarden in charge in 1670, was re-elected in 1671 as churchwarden-accountant. He was therefore responsible for the care of the store. On August 12, 1668, the colonists of the island of Montreal, in order to comply with the episcopal ordinance, settled the question of tithes, and in a generous manner, in the great and solemn assembly of the principal citizens of the colony of Montreal. Among these inhabitants were the three brothers-in-law: Jean Gervaise, Gilles Lauzon and Laurent Archambault, sons of our ancestor.

Already around 1665, the Sulpiciens had to serve the more distant coasts. A priest would celebrate mass every Sunday for three years at Pointe-aux-Trembles. In 1674, the inhabitants of Pointe-aux-Trembles elected François Bot and Laurent Archambault as churchwardens to see to the construction of the chapel of L’Enfant-Jésus (Notre-Dame Street) and to raise the necessary funds for this purpose. Laurent Archambault was one of the most prominent citizens of the parish. The chapel, blessed in 1678, was one of the first to be built outside the walls of Ville-Marie. It measured 36 by 24 feet.

Let us conclude by saying that Laurent’s son, Jacques Archambault, married to Françoise Aubuchon, contributed to the construction of the first church of the Notre-Dame congregation on December 6, 1693, by providing 1,000 pine covering boards for 590 pounds.