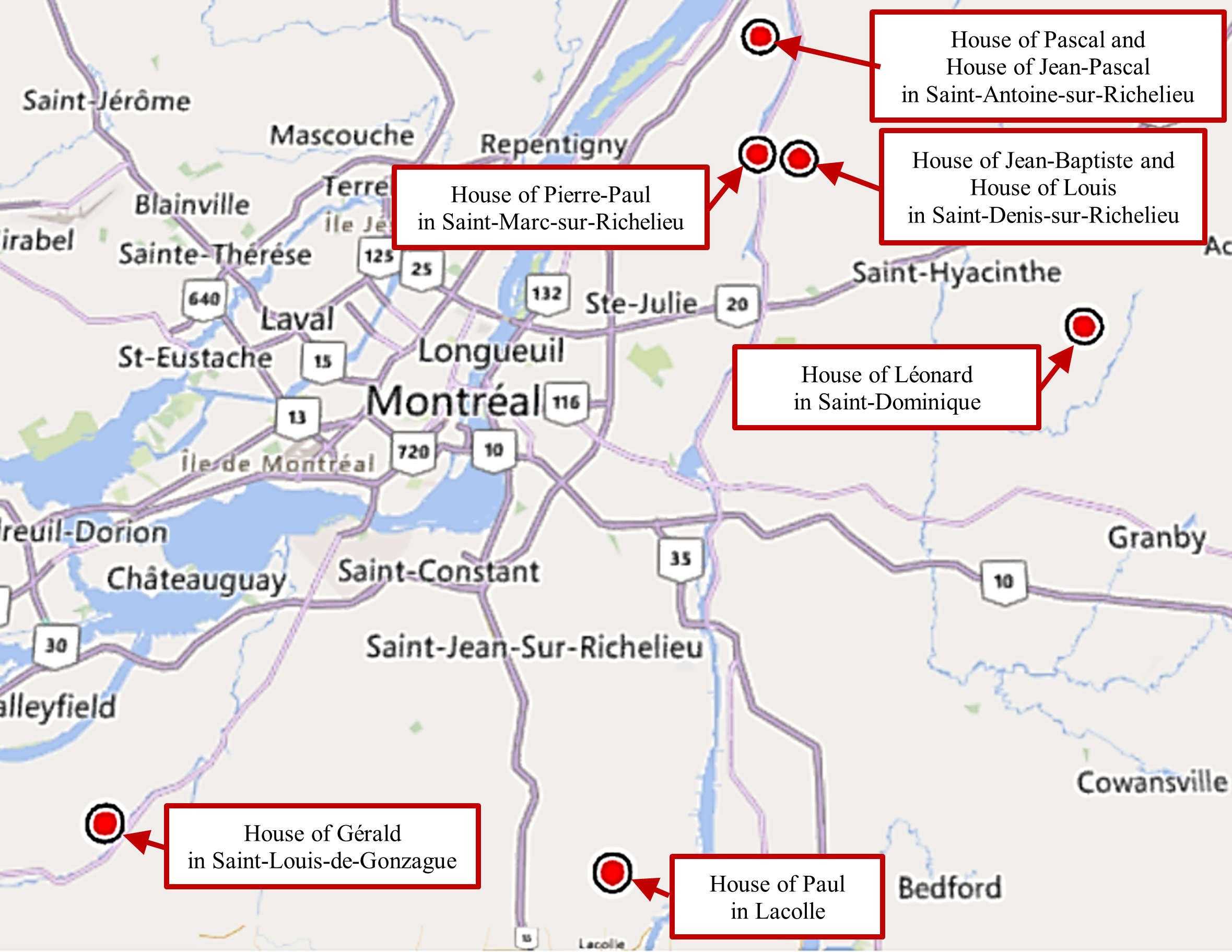 This map shows where these houses were, and for many of them, are still located.

It was in 1724 that the first settlers arrived in Saint-Antoine, Pierre, Jean, Joseph and François Archambault, sons of Pierre and Marie Lacombe from Rivière-des-Prairies from where they came by canoe passing through Sorel up the Richelieu. The piece of land (13 arpents out of 40) chosen for them by their father was located on the edge of the river. It was on one of these lands that the 1st Church of Saint-Antoine was built in 1750.

Drawing by Patrice Thibault from Saint-Antoine distributed on June 9, 1985,
during the inauguration of the plaque in memory of the four Archambaults brothers,
the first settlers of Saint-Antoine. (Donated by the Caisse populaire de Saint-Antoine)

Not so long ago, 80% of the population was Archambault or their parents.

In 1925 this shuttle was operated by Valmore Archambault, father of Denis, a former member of the Archambault board of directors.

After settling on the edge of the river at Saint-Antoine, some Archambault crossed around 1750 on the other bank.

View of the ferry from Saint-Antoine to Saint-Denis-sur-Richelieu.
Photo source: Municipality of Saint-Denis website.

Their numerous descendants are now a vigorous tree which covers both sides of the Richelieu with its branches. In Saint-Denis, the Archambault family ranks first among families with its 122

After restoring the church in 1928, the factory bought three new bells. The first weighs 3,034 pounds and is 4 feet, six inches and a half in diameter. The name Horace Archambault has been engraved on it. Léa Angers-Archambault subscribes $500 for the purchase of this bell.

This house, known as Maison Desmarais, passed from Janvier Desmarais to his son Rodrigue in 1873, then in 1903 to his sons, Armand and Phydime, before being sold to Alphérie Archambault, husband of Louise Allaire, in 1932.

It is currently occupied by Pierre-Paul Archambault, husband of Céline Bissonnette and son of Paul-Émile, husband of Jeanne Lamy and grandson of Alphérie Archambault.

Was the stone house built by the Casavant family, whose son Pierre had married Luce Dufresne in 1774, or had this same Pierre inherited it from his father Pierre in 1732?

Deeds of donation: land of 3 arpents out of 30, holding one end to the Richelieu River, behind to Étienne Poulin, on one side to Jos.-Charles Drolet, squire, and the other side to Antoine Guyon, with house in stones, barn and other buildings. 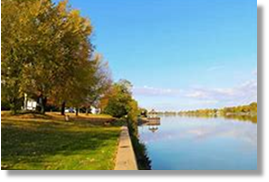 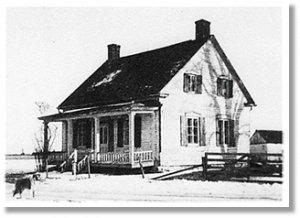 Jean-Baptiste Archambault married Christine Archambault August 14, 1860 in Saint-Denis-sur-Richelieu, (Montérégie, Québec). The house was once their home then it was passed on to his son Joseph, spouse of Herculine Phaneuf, who then passed it to his son Éloi, spouse of Yvonnette Perreault. The house is in the 4th Rang. 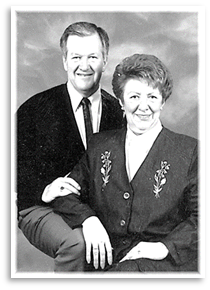 In 1933, Éloi and his brothers acquired one of the first combine harvesters in the parish. It was

Agénor who took control and who little by little developed great dexterity and remarkable ability in this field of activity. So much so that he later became a heavy machinery operator.

He married on May 21, 1960, Lise Graveline from Saint-Jude, born September 19, 1940, daughter of Alfred and Rose Lafrenaye, and the new couple settled in Beloeil, (Montérégie, Québec). 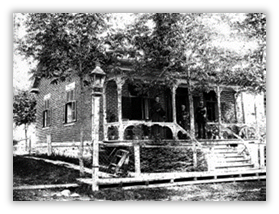 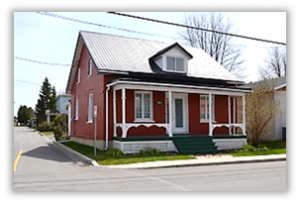 This house seems to have been built in the first half of the 19th century. This one and a half story house had 8 1/2 rooms: on the first floor were a bedroom, the kitchen, the dining room and the living room, while on the second floor were three bedrooms, a storage room and the toilet. The staircase started behind the front door; after a 45 degree curve, it went up to the corridor leading to the rooms. The stove was in the kitchen, in the corner near the bedroom door, and to promote heat transfer, the wall behind the stove was replaced by metal doors that could be opened as needed.

In 1900, the land belonged to Zéphirin Girouard and his wife Adéline Archambault, the sister of Louis, her grand-father. Zéphirin was a farmer and husband in community of property with Adéline. They probably bought the house when they retired in 1884, from Michel Richard, merchant (probably the grand-father of Richard Meunier whose mother was a Richard), who had bought it a few years back from a Mr. Lecours, very likely from Saint-Antoine. The couple lived there for 20 years. Zéphirin died there in 1905, and Adeline, in 1906.

Louis is the great-grandfather of the accountant, Roger, a member of our association’s audit committee, and Robert, the association’s second president.

Editor’s note: We extend our warmest thanks to the Societé d’histoire des Riches-lieux for their authorization to reproduce this text published in January 2004.

The house of Jean-Pascal,
in Saint-Antoine-sur-Richelieu 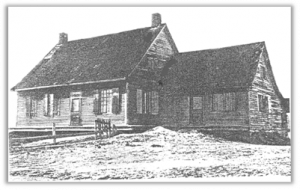 Jean Pascal Archambault, the pioneer of Saint-Antoine-sur-Richelieu, Québec, married Agathe Dupré on October 06, 1828. He was the son of Joseph-Marie who married Monique Durocher. Monique Durocher was the sister of Mother Sister Marie-Rose Durocher, beatified in 1983.

Painting of Canadian sister Marie-Rose Durocher. It replicates an earlier painting by Théophile Hamel. Using the picture appears to have been made prior to Durocher’s death in 1849, and therefore it is to be reasonably expected that the author has been dead for 100 years and the work has entered the public domain. 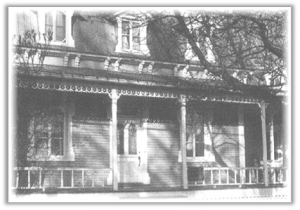 This remarquable house with its wooden lace was sold for the first time in 1882 by Angélique Leclaire and has known many owners since then.

In 1926, Pascal Archambault has a bakery and keeps a lease of location of the bakery when he sells the house to Jean-Baptiste Giard in 1929.

This large residence with sloping roof with four bell-casts is incredibly rich of sculpted details in wood (architectural brackets, decoration of the openings, strips under the open veranda) and by the elegance of the canopy-like façade. It is located at 1076 Rivage Street.

The house of Dr Léonard,
in Saint-Dominique 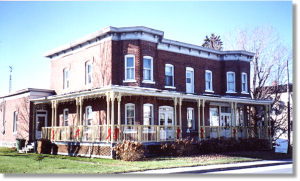 Magnificent residence of Saint-Dominique constructed in 1910-1911, by Dr. Léonard Archambault, spouse of Marie-Albina Martin, today’s residence of Dr. A. Saint-Pierre.

In 1910, during a cataclysm in the village, a dozen houses on the whole were ablaze by flames. It was because of this fire that the doctor Archambault began to build this luxurious place of residence in bricks which we even admire today at 1194, rue Principale.

Two rooms, an office and a pharmacy, had been fitted into this luxurious house which accommodated his family.

The house of Gérald Archambault,
in Saint-Louis-de-Gonzague 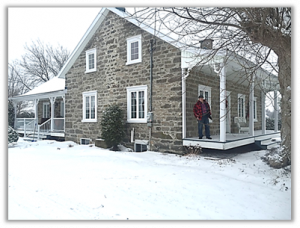 261, route 236, Saint-Louis-de-Gonzague, Montérégie
Photo : Daniel Archambault, son of Gérald on the porch of his house

This house, which dates from 1851, belonged to Édouard Archambault, born December 9, 1831 in Sainte-Martine, (Montérégie, Québec) son of Charles and Catherine Reid. He married Célanire Bourdon. It was passed to his son Louis, husband of Marguerite Trépanier, then to Rodolphe, son of Louis and today it is occupied by Gérald, son of Rodolphe. 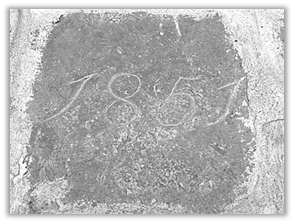 Inscription on the façade of Gérald’s house

The house of Paul in Lacolle 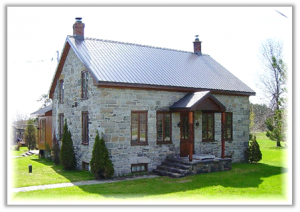 The Lacolle house was built in 1810. Paul Archambault, son of Engelbert and Mary Margaret Daley, and his wife Louise Legault, acquired it in 1982 from the Richard family.

Originally the house was part of a 1000 acre land. In 1955 or 1956, when the Québec government built a viaduct and carried out road works in the area, the land was subdivided.

Coat of arms of Lacolle