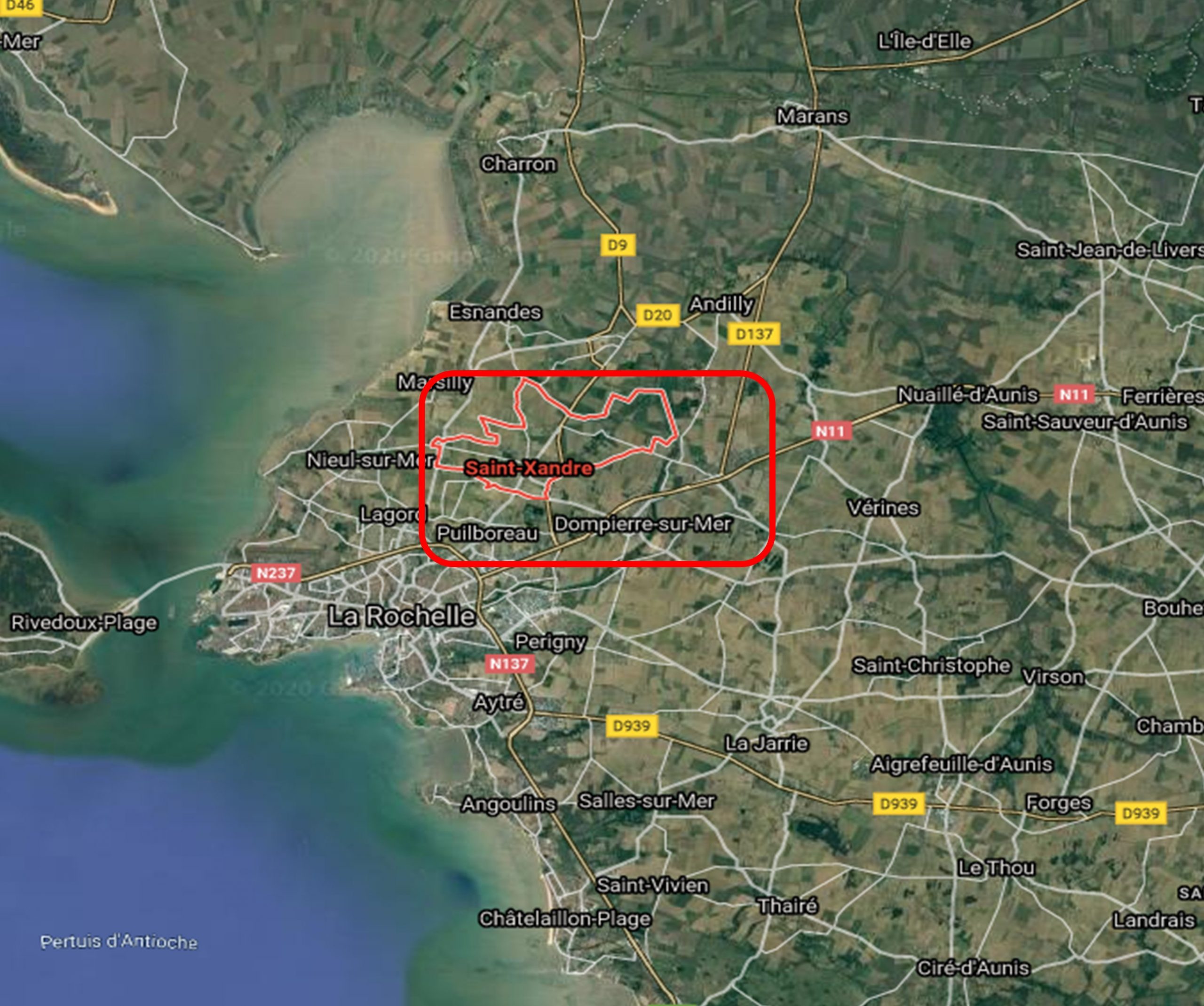 It is in Charente-Maritime, a department resulting from the fusion of the old provinces of Aunis and Saintonge, that les Archambault who now inhabit North America originate.  Our common ancestor, Jacques Archambault was born there in 1604, in L’Ardillière, a hamlet neighbouring Saint-Xandre, close to La Rochelle.  At that time, l’Ardillière, came, in the Roman catholic hierarchy, under the authority of the parish of Dompierre-en-Aunis, known today as Dompierre-sur-Mer.  Jacques and his children were baptised there in the church of Saint-Pierre-aux-Liens, built in the XI century.

Not long after the siege of La Rochelle by Richelieu’s troops (1627-1628), Jacques married Françoise Toureau; they had seven children including a girl who died quite young. The couple grew vine; according to a contract signed in 1637 they sold the product of their vineyard to a La Rochelle wine merchant, Hieronimus Bonnevye.

En 1645, Jacques Archambault and his family arrived in Quebec City. They probably had been recruited by Le Gardeur de Repentigny who leased them his property on the highlands of cap aux Diamants. Later on, Jacques was granted a piece of land in Cap-Rouge and, in 1654, he received a gratification and a piece of land from governor de Maisonneuve to settle in Ville-Marie.

Françoise Toureau died in 1663. After three years, Jacques married again, this time with Marie Denot de la Martinière, widow of Mathieu Labat, whose descendants later built the famous Labatt brewery. Twenty-two years later, Jacques died at the respectable age of 84; he was interred in the Notre-Dame de Montréal cemetery on February 15, 1688. At the time of his death, he had 52 grand-children and 12 great-grand-children.