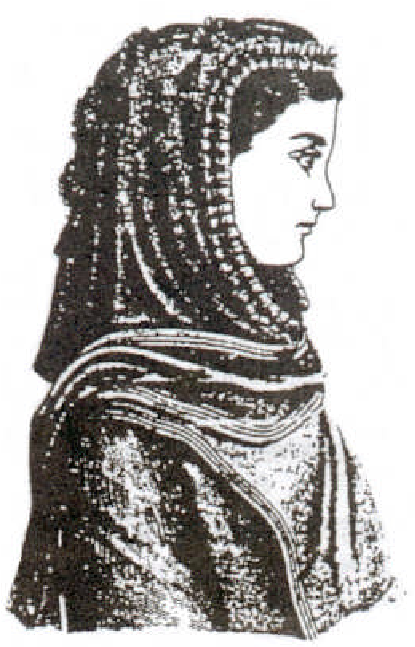 Under the French regime, the parishes were obliged to attend at least eighty masses a year. They certainly deserved a lot of credit for wanting to be present at the religious services because at this era the churches were not heated in the winter.

You ladies who are shivering in the cold, remember that your grandmothers had the courage in the winter to attend the vespers, and a high mass followed by a sermon that was sometimes just as long, in a church not heated! Incidentally, it was not until around 1800 that one started to install stoves in our rural churches.

When the temperature was too cold, a stove was placed on the altar to allow the celebrant priest to perform his holy duties.

The Journal des Jésuites refers several times about these stoves. It also mentions some kind of smoking boilers that were installed in Québec City, near the Governor’s bench. The old account of the Ursulines Sisters tells us about a religious profession ceremony that took place in the chapel in winter. Four or five of these primitive boilers had been installed in the temple, but they smoked so much that the officiant, the priests in the choir, the nuns and all the good society that was there sneezed and wept. In turn, the celebrant, the clergy, etc., were forced to leave the chapel to get some fresh air. Only the good nun who was making profession remained at her post until the end, and she received the congratulations of all those present after the ceremony for her courage.

In the countryside, people were much tougher in the cold and only the altar had its stove.

During Mass, the men would take off their helmets or toques and replace them with a kind of cap, somewhat similar to those worn today by our bishops. Those who had lost their hair were thus protected from the stings of the cold. As for the ladies, they had large capes on their heads, which they filled with woollen headgear. Let’s not laugh at our forefathers’ fashions. They were more practical than us. I would like to see the beautiful ladies of today staying for two or three hours in an unheated church in winter, with their modern hats and silk stockings so light, so vaporous that one almost needs glasses to see them.

The late Gustave Ouimet told a rather singular story that he got from his father, the Honourable Gédéon Ouimet, who was Premier of the Province of Québec, with Louis Archambault (1814-1890), Minister of Agriculture and Public Works, as his strongman.

Mr. Ouimet practiced law in Vaudreuil while Father Roux was the vicar of the parish. The church in Vaudreuil did not yet have a stove. One Sunday in winter, in a cold weather frigid enough to crack rocks, the parish priest, Father Roux, after having intoned the credo instead of going from the altar to his seat, as he normally did, went to the sacristy and did not return until the end of the song. The parishioners thought that their parish priest had been indisposed and, after Mass, some of them went to find him at the rectory.

“Father, when you went out during the credo, were you sick?”

“Not at all, replied the priest, but since I was numb with cold. I cut out some work for the singers and went to warm myself in the sacristy!”[1]

It was under Father Paul-Loup Archambault [2] (from 1816-1858), the son of Jean-Baptiste and Marie-Angélique Achin dit Baron, that the church was heated for the first time.

[2] It was under Father Paul-Loup Archambault (from 1816-1858), the son of Jean-Baptiste and Marie-Angélique Achin dit Baron, that the church was heated for the first time Pierre Archambault, Dictionnaire généalogique des Archambaultd’Amérique, vol. 2, p. 31.