Jacques Archambault and his family, witnesses of the 1663 earthquake 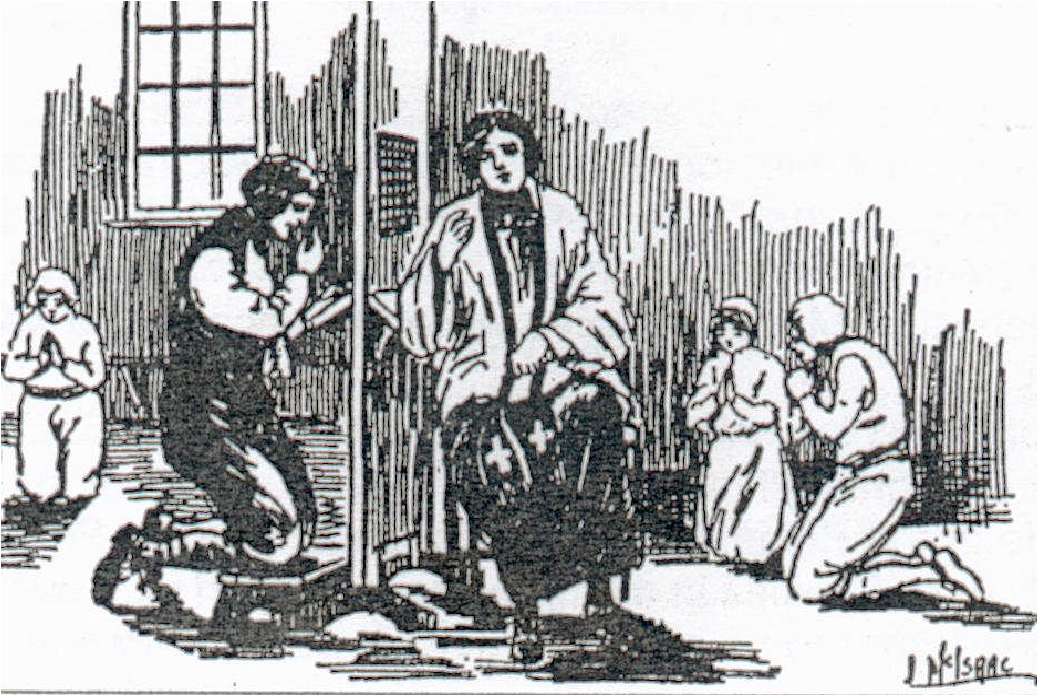 It is known that in 1663, there was a great earthquake that brought fear to the colony. Here are a few interesting details about this event that can be found in the annals of the time. Marie de l’Incarnation, founder of the religious order of the Ursulines, writes:

“On February 3, a wild woman, an excellent Christian, being awake in her hut, while all the others were asleep, heard a distinct and articulate voice saying to her: ‘In two days’ time, many astonishing and wonderful things must happen’”

An Algonquin woman made the following statement before two Jesuits, confirmed by her father and mother: “On the night of February 4-5, while awake and in full judgment, I heard a distinct voice saying to me: ‘Strange things must happen today: the earth must tremble. On the morning of February 5, at 9 or 10 o’clock, the same voice spoke the same words to the same person who had gone out to cut wood. »

“The earthquake, which began on Monday evening redoubled nine times in nine hours, not equally, neither in strength nor in duration. The first blow was so strong, that our doorbell rang at the loudest as quickly as it could be rung.“

Sister Morin of the Hôtel-Dieu de Montréal, gave this account:

“On February 6, at 4 a.m., there was another very violent earthquake. It rocked us in our beds much more rudely than our mothers had done as children.”

The earthquake lasted more than six months, from February 5 to September. It was felt from Percé and Gaspé Island to beyond the island of Montréal, as well as in New England, Acadia and other far-flung places. The land was agitated over an area of twenty thousand leagues in size. “Not a single person lost his life,” Father Lalemant says. It was carnival time. These days were changed into days of penance. A single priest heard more than 300 general confessions in the course of six months. It is not believed that in the whole country there is one inhabitant who has not made a general confession. We have seen admirable reconciliations, with enemies kneeling before each other to ask forgiveness.”[1]