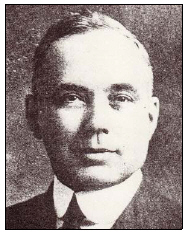 Because his enterprise was successful enough, Edmond was able, in 1904, to rent two additional floors, that included studios and a concert hall; later, during the First World War, his continued success allowed him to buy out his neighbour establishment, the Hurteau music store. Edmond also became the agent of several Canadian and American piano and organ builders. He then started to sell Archambault pianos, that were made at in his establishment except for the soundboard which was imported from the United States. He was also the exclusive agent of the Paul Kaul violins, a counter under the responsibility of the Belgian Ulysse Salme, and he represented the brass bands Holton, Kohn and Selmer.

Around 1928, the enterprise was incorporated under the name of Edmond Archambault Inc. Edmond then hired Gaspard Archambault, an engineer, to build a seven-storey building on Sainte-Catherine Street East, where the enterprise moved in 1930. Edmond worked there until he fell ill in April 1946. He died on July 8, 1947.

His nephews Edmond, Pierre and Rosaire continued the work of their uncle. In 1990, the company was managed by Edmond (lll) and Rosaire (ll) under the name Archambault Musique, the new name adopted in 1983. In addition to a branch in Trois-Rivières. Archambault had, in the meantime, acquired Musique Auteuil, rue Saint-Jean, in Quebec City.

Thanks to its network of stores, Archambault Musique became not only the largest record store in Eastern Canada, but also one of the leading players in the retail sale of books, CD-ROMs, videos, DVDs, periodicals, musical instruments and sheet music.

Archambault Musique is the largest internet site for electronic transactions of French-language products in Canada: www.archambault.ca