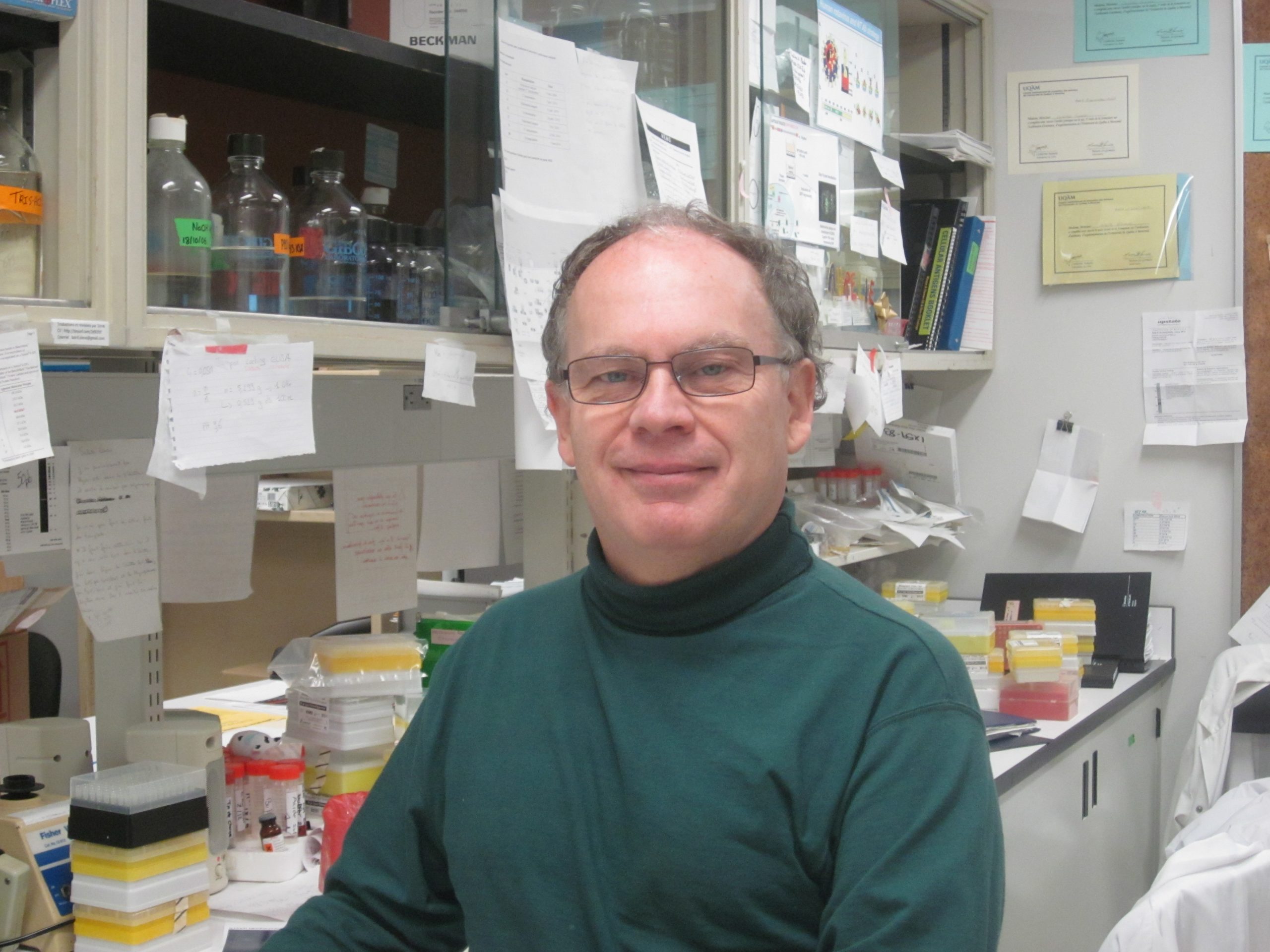 Son of Roméo and Annette Deslandes of Saint-Hyacinthe, in Montérégie, Dr Denis Archambault has become a grant funds researcher of the Health Research of Québec (FRSQ), and member of the professorial body of the Department of the Biological Sciences of the University of Québec in Montréal since February 1991. He has received a professional doctorate degree in veterinary medicine (1976), one in M.Cs. in Pathology and Microbiology (1982) and a doctorate in Microbiology and Immunology (1986) from the University of Montréal. Furthermore, he had attended a two years postdoctoral period in Molecular Biology, and Immunology of the lent virus animals (1986-1988) at the National Institute of Health in Bethesda (Maryland). He has completed his postdoctoral training at the National Immunology Laboratory in Ottawa, on the use of monoclonal antibodies for the antigenic characterization of the infectious bodies. His main fields of interests had been to research the molecular biology and the immunology of the viruses as models of persevering viral infections of the animal’s origin, named ARN.

On June 12, 2020, a project on a vaccine against COVID-19 funded by the Canadian Institutes of Health Research was announced, in which he collaborated with researchers from the maximum biosafety laboratories in Winnipeg (National Centre for Foreign Animal Disease, Canadian Food Inspection Agency and the National Microbiology Laboratory, Public Health Agency of Canada).