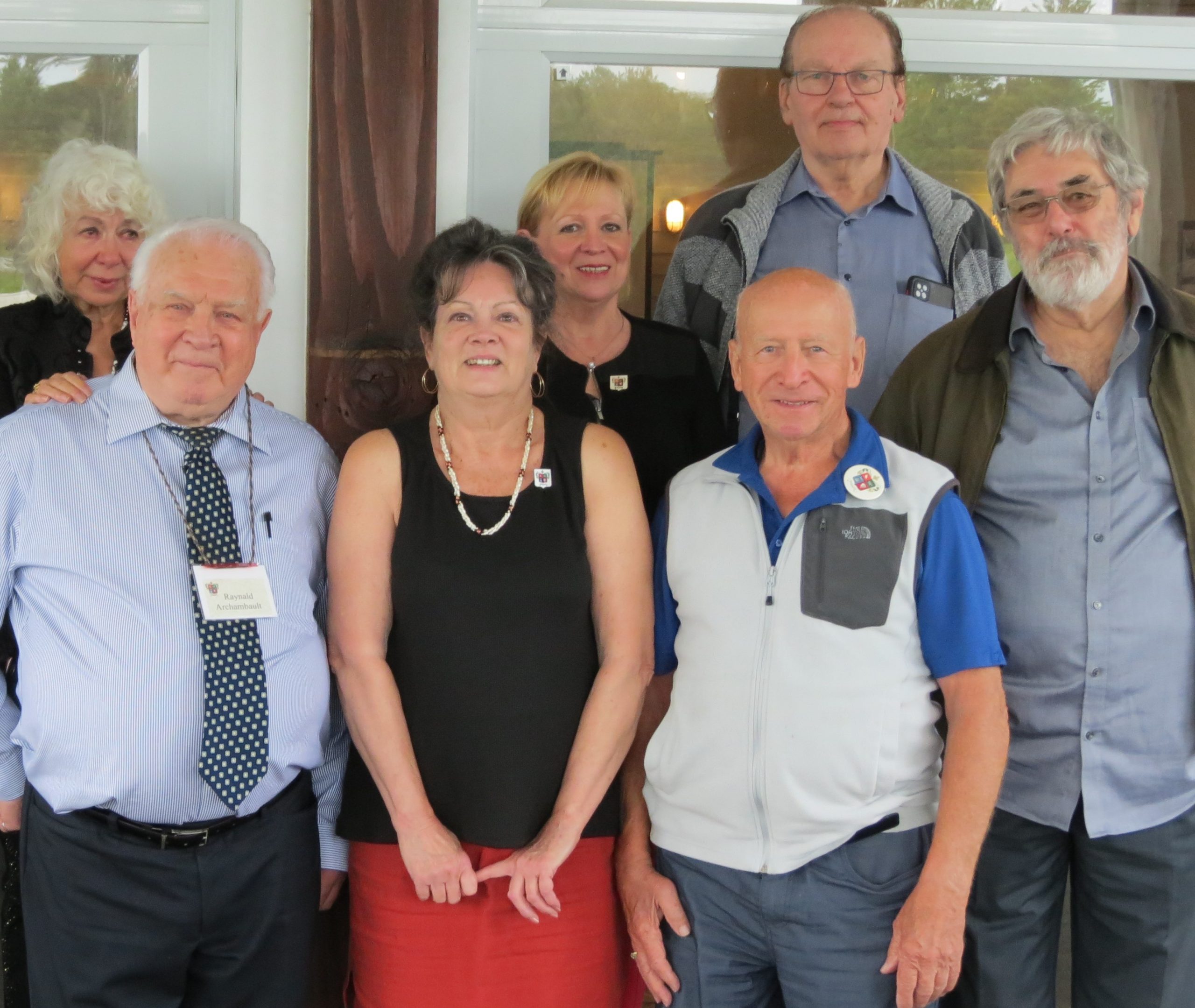 The Board of Directors 2022-2023. From left to right:
Jocelyne, Secretary, Raynald, President,
Nicole, Treasurer, Monique, Clément (in front),
André (in the back) 1st Vice-President, Guy 2nd Vice-President.

The 39th General Assembly of the Association des Archambault d’Amérique was held on Sunday, September 18, 2022 at the Bistro du Golf de Saint-Césaire under a dark and rainy sky.

The bad weather did not prevent a little more than forty people, both members and guests, from taking part in the event. All those who had not seen each other since the meeting held in Sainte-Martine in 2019 were able to fraternize.

Raynald officially opened the meeting after checking with Nicole to ensure that the criteria had been met. After the adoption of the agenda and the minutes of the General Assembly of June 2, 2019, he reported on the various activities of the association since that date. 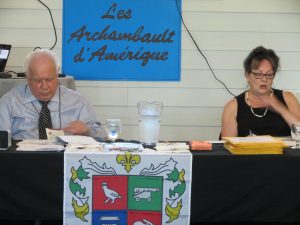 He indicated that, despite the inconvenience of the pandemic, the association has remained very active: the setting up of a new and more user-friendly Website, the establishment of a genealogical database, the preparation of 12 newsletters and the publication of regular and special bulletins on Archambault homes.

He thanked Guy for taking over from the recently deceased Donia Loignon as responsible for the Bulletins. He reminded the members of the need to suggest topics for future bulletins and the need to suggest ways to ensure the continuation of the association.

Nicole then presented the association’s financial report for the years 2019, 2020 and 2021. This was followed by the election of directors (three-year term) and Monique’s presentation on the Website and Genealogical Data Bank projects, for which she is responsible.

After the meal, and a group photo, Mr. Gilles Bachand, historian of the Société des Quatre-Lieux, opened a conference on the history of Saint-Césaire and its surroundings.

Group photo taken at the Annual General Meeting in Saint-Césaire on September 18, 2022.

All in all, this Sunday was a very busy day, which allowed the members present to meet again after a forced interruption due to the pandemic, and to live moments of fraternity and exchange.